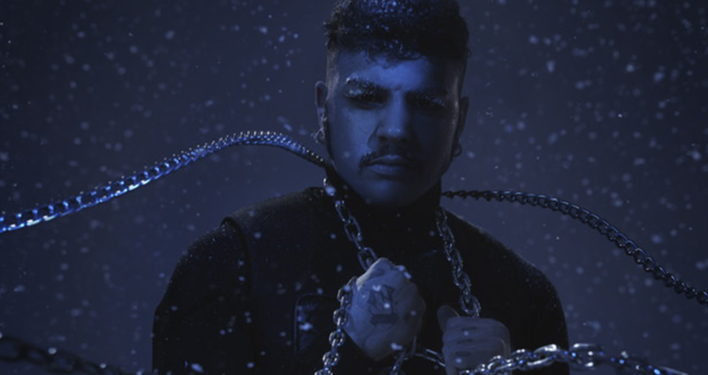 IZI, aka Diego Germini, was born in the province of Cuneo, Italy and spent his childhood in Cogoleto (Genoa). At the age of 17, he decided to leave school and run away from home, starting a difficult period, between wandering and health problems, which coincided with the writing of his first texts, real poems and short literature topics. It is precisely this troubled personal history that makes his lyrics a tool capable of communicating content and messages with extraordinary depth and complexity. Meeting Sangue (rapper from Genoa) marked the beginning of Izi's artistic career. Subsequently, after having recorded several songs together, they became part of the most interesting collective in Genoa, Wild Bandana. 2016 and 2017 were two key years for his career, with a starring film to his credit, "Zeta" (directed by Cosimo Alemà, 2016); two albums considered by critics to be among the most interesting rap releases of the period, "Fenice" in 2016 and "Pizzicato" in 2017 (both certified Disco D'Oro by Fimi); and various singles and collaborations with other important rap and non-rap artists. At the end of October 2018, he released "Fumo da solo", the first single extracted from "Aletheia", already certified gold by Fimi, with the production of Charlie Charles and Tha   Supreme. This was followed by the release of the song "Magico" in January 2019. His latest record, "Aletheia", marks his entry on to the roster of ISLAND RECORDS - UNIVERSAL MUSIC. After bringing "Aletheia" to the main summer festivals in 2019, Izi released the last single, “Cometa” featuring Dosseh, a French artist from Paris.