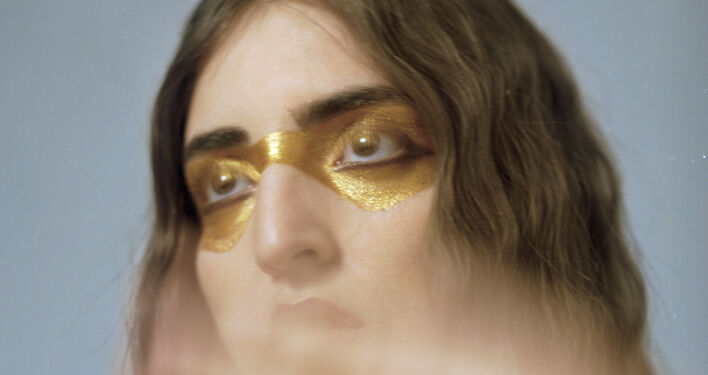 Joan Thiele is currently one of the most iconic personalities in the Italian music industry.
She is a songwriter and producer of Italian/Swiss/Colombian origin (Italian mother, Swiss father of South American origin, a childhood spent in Cartagena, Colombia, between co
ffee plantations and the Caribbean sea). She spent a nomadic life since childhood, which has given her an international taste for music. After high school, she decided to move to London, in search of emotions, stimuli and a sense of adventure and where she cultivated her passion for music.

In 2016, after the 2 singles Save Me and Taxi Driver, she released “Joan Thiele”, her first EP in English for Universal Music. In 2017 she takes part in the Festival EBBA Eurosonic Norderslag in Groningen as the sole Italian competitor.

In 2020 she published “Operazione Oro” - her first EP in Italian - for Universal Music/Undamento. In this work she intended to combine pop/R&B music with her love for film soundtracks and Italian film composers such as Ennio Morricone and Piero Umiliani. The EP was born with the discovery of old travel reels of her family: Joan wanted to create a kind of film soundtrack to those journeys.

On the 12nd of February 2021 Joan Thiele released for Undamento - an independent label based in Milan - the first “chapter” of her new project: “Atto I - Memoria del Futuro”. It is composed of two new songs, “Cinema” and “Futuro wow”.

In order to express her own thoughts, she decided to divide her music into 3 different acts... It’s like we are all in the same magic space, like a theater or a cinema. “Atto I - Memoria del Futuro”, her first act, is dedicated to Time and these 2 tracks are produced by some of the most influential Italian artists and producers: Mace & Venerus in “Cinema” and Ceri in “Futuro wow”.

On the 30th of April 2021 Joan will release for Undamento the second chapter: “Atto II - Disordinato spazio”. It is composed of two new songs: Tuta blu (produced by Alessandro Triglia, Joan Thiele) and Scilla (produced by Amanda Lean & Not for Climbing , Joan Thiele).

Joan Thiele leads us to a dreamlike and fascinating world between pop music, contemporary/urban atmospheres and vintage sounds.